By: Terminator_BG
In: Hardware, PC's, Technology
With: 0 Comments

The bew Thunderbolt connection also enables cables to have a length of up to 2 meters in length. The next generation of Thunderbolt 4 connection allows Thunderbolt docks to feature up to four separate Thunderbolt ports, which allows for not only longer cords but also a larger range of overall connectivity.

One feature that Thunderbolt 4 has that Thunderbolt 3 support at all, Thunderbolt 4, requires Intel VT-d based DMA protection. This software restricts direct memory access, or DMA, of the devices to pre-assigned domains or physical memory regions. This protection is achieved by a hardware capability, which is known as DMA-remapping.

Trending
Deliveries of Model Y in China have officially begun! 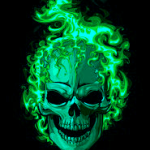 Trending
The release of Satisfactory on Steam is approaching!

2020-07-09
Previous Post: What is OctoPrint and what can it be used for?
Next Post: Steam is adding support for built-in beta testing

This site uses Akismet to reduce spam. Learn how your comment data is processed.